Muggy, stormy pattern being replaced by the weekend

Feel like temperatures climb into the triple digits today

Hot, muggy air leads to more storms, but we're following some big changes late in the weekend. Here's your best days to head to the pool. pic.twitter.com/399jBHkwmT

Lynchburg and Roanoke tied their record highs for the date. In fact, Lynchburg hasn’t hit 98° on August 12 in 121 years. We may get close to the same temperatures Friday as the heat sticks around for another day.

The excessive heat will peak Friday with highs in the mid/upper 90s along with a heat index nearing 100°.

Along with the heat, we will be watching a slow moving front to our northwest. This will help trigger additional showers and storms between lunchtime and dinnertime Friday. A few may be strong to severe with wind and hail being the main severe issues.

The slow-moving front will enter the region bringing a few scattered showers and storms Saturday. Ahead of it, we remain hot with highs in the low-mid 90s. By Sunday, the front passes overhead with more clouds and better shower/storm chances along with cooler temperatures reaching the upper 70s to low 80s.

We turn even cooler early next week with highs in the low 80s by Monday and Tuesday. From there we wait and see what kind of influence we will see from the tropics.

Tropical Depression Fred developed just south of Puerto Rico Tuesday evening. The storm is the sixth of the Atlantic Hurricane season and is likely to strengthen into a tropical storm once again as it travels north of Cuba Friday. By the weekend, the tropical system will approach south Florida before likely entering the Gulf of Mexico and turning north. 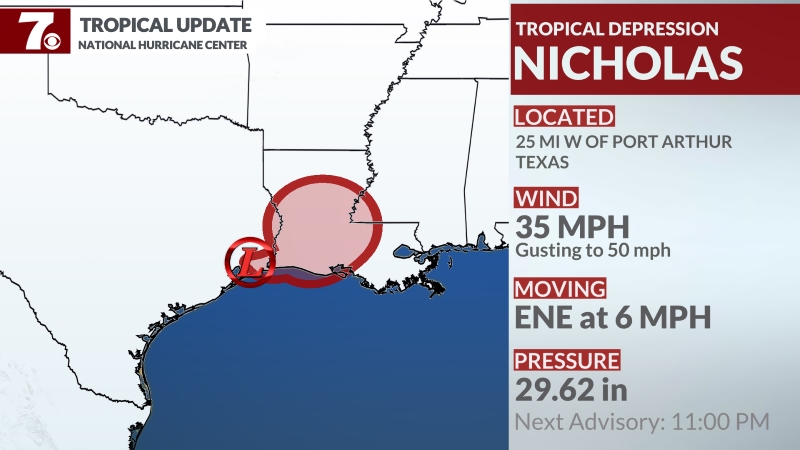 Beyond the weekend, any impact on our area as a result of the tropical system would take place by midweek of next week. We could certainly stand to see some tropical rain. Several models suggest heavier amounts of rain may impact our region next week.

Victim in hospital after early morning shooting in Henry County