We remain locked into the tropical air tonight with additional rain moving into the region from North Carolina. Similar to last night, many areas will receive a soaking, with a few localized downpours. Any steadier rain should move out after midnight.

Fred’s steady move inland will usher in deep, tropical moisture. This will bring numerous showers and storm along with intense rain at times. Tuesday.

WORST CONDITIONS: While showers and storms are possible anytime Tuesday, the heaviest, widespread rain and severe storm risk will likely be from late Tuesday night, specifically from midnight to midday Wednesday. This would mean the morning commute and bus stop conditions could be dangerous at times.

FLOOD CONCERNS: One thing that helps will be the recent dry spell. However, tropical rain is very efficient and may cause localized flooding of streams where slow-moving cells develop. We will also need to monitor areas that see multiple rounds of rain. Streams may become full and areas of ponding water are possible.

RAINFALL TOTALS THROUGH WEDNESDAY AFTERNOON: While any shifts in the track may change the totals slightly, widespread amounts of 1″ to 2″ is most likely with locally higher amounts topping 3″+ along the southern Blue Ridge Parkway into the North Carolina Mountains.

The remainder of the week returns to a more typical summertime pattern with increasing temperatures along with scattered showers and thunderstorm chances. Afternoon highs return to the upper 80 and even a few low 90s across the Southside. The summer humidity also sticks around into the weekend.

Grace appears to track toward the Texas coast late in the week and will bring little to no impact to our immediate forecast. In addition, Tropical Depression 8 remains parked near Bermuda with little impact expected to the U.S. mainland. 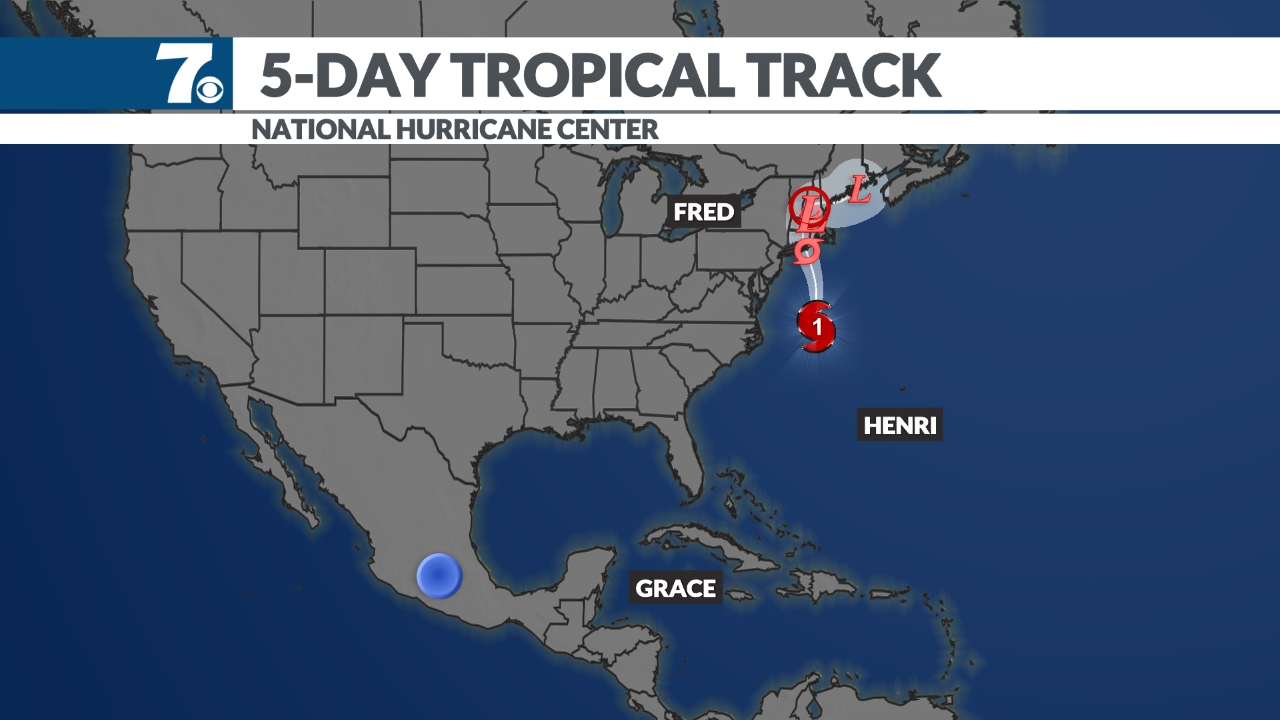 Temperatures warm ahead of our next front

Temperatures warm slightly ahead of our next front

Mainly sunny conditions continue today with highs in the low to mid 70s.