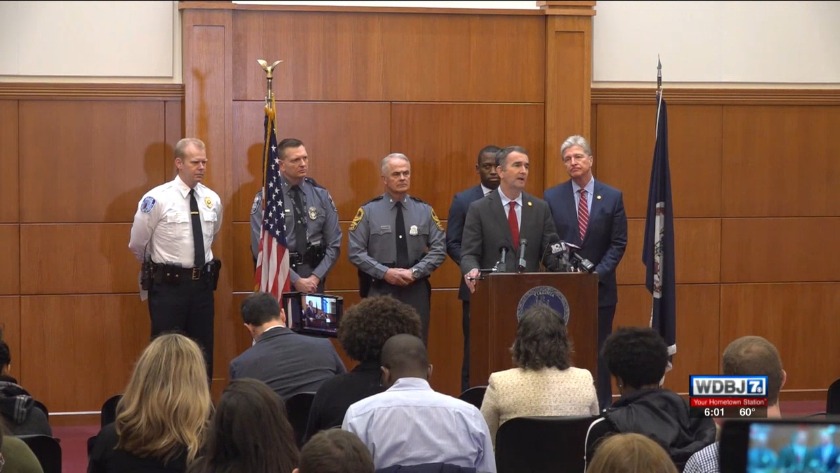 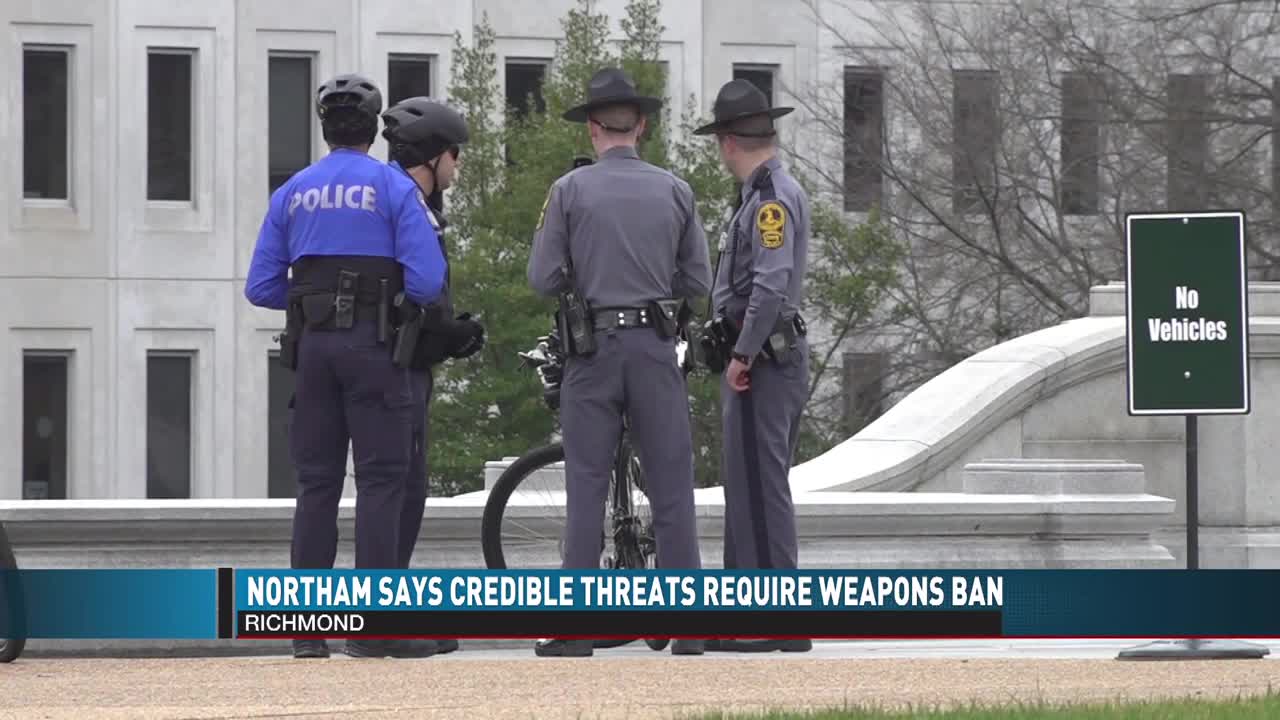 RICHMOND, Va. (WDBJ7) -- Governor Ralph Northam says because of credible threats forwarded to his office by local law enforcement, he is putting into place a state of emergency from Friday night until Tuesday in Richmond. Weapons will not be allowed on Capitol grounds during that time.

Monday - Martin Luther King Day - is when a gun rights rally is scheduled to be held in Richmond.

Northam and police agencies say they have identified credible threats of violence surrounding the event, along with "white nationalist rhetoric and plans by out-of-state militia groups to attend."

The governor’s declaration prohibits all weapons, including firearms, from Capitol grounds and will provide joint law enforcement and public safety agencies resources to keep demonstrators, policymakers and "all Virginians" safe.

Despite the declaration, Northam says he has no plans to call in the National Guard.

The governor continued, "For years, Virginia citizens who want to speak up and defend gun rights have peacefully assembled here at our Capitol. In fact many of them did so this past Monday. But we have received credible intelligence from our law enforcement agencies that there are groups with malicious plans for the rally that is planned for Monday."

Richmond Mayor Levar Stoney said, "Our approach Monday will be the same as with any demonstration. We will ensure the right to assembly and speech, and prioritize the protection of life and property."

He continued, "I hope it is not lost on anyone that the person we celebrate on Monday, the Rev. MLK, gave his life in the nonviolent pursuit of equal rights for all Americans. So let me be clear. Regardless of the day, or the event, we expect everyone who lives, works and visits our great city to conduct themselves peacefully."

Democratic lawmakers have proposed gun control bills in the 2020 General Assembly that are opposed by many gun rights advocates.

Virginia bill would ban cell phone use while driving

Virginia bill would ban cell phone use while driving