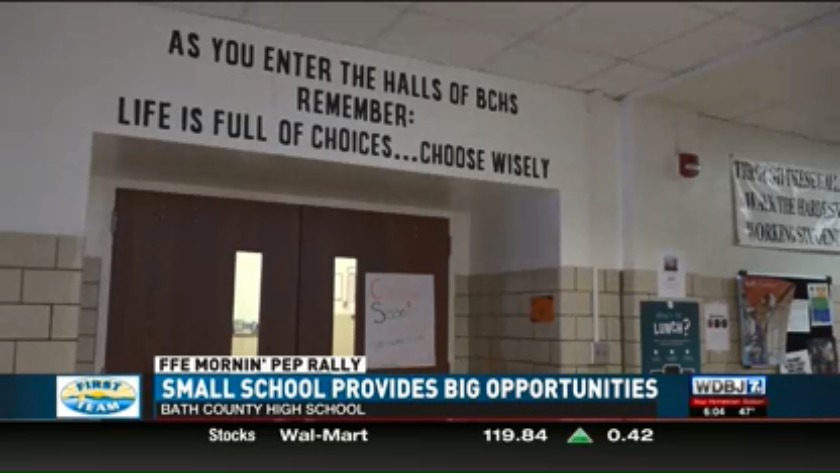 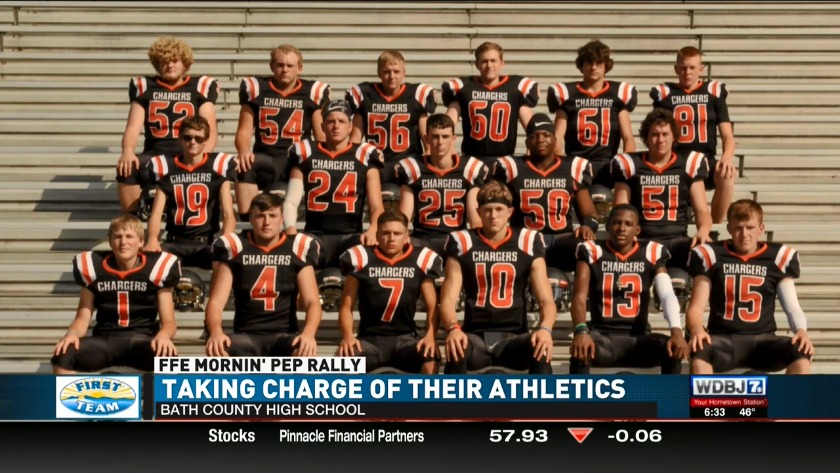 BATH COUNTY, Va. (WDBJ7) The fight song started to play. The students started to cheer. Then out from behind closed doors, the football players ran into the gymnasium.

Decked out in orange and black, the school of fewer than 200 students didn't let their size keep them from having a good time. Around 140 of the 190 students packed onto the bleachers cheering their hearts out.

Despite their small numbers, Bath County's athletic program is robust.

"Probably closer to 70% of the students are involved in athletics, in band, or in fine arts," Chase Davidson, the athletic director, said. "Super involved. The uniqueness of having that small school is these kids still take this pride and don't use that excuse of 'we're too small.' We're going to take what we've got and we're going to go out and have some success with that."

One of this year's biggest successes goes to the high school's golf team.

"First championship, district championship in 18 years.," Davidson said. "We represented Bath County in the Pioneer District last week down in Radford at the River Course."

Finishing third in that tournament, the team wasn't eligible for state, but one student, Matthew Keyser, was able to go and represent his high school.

"He's unique," the athletic director smiled. "He's just a sophomore. Just a sophomore and he plays a lot of golf. A lot of these kids do."

In fact, a lot of these kids play a lot of different sports throughout their high school careers.

"Athletics go back deep deep from years, 30, 40 years ago. We've had a lot of success here over the years, a lot of championships."

And there's no more room in the in the trophy case to prove it.

"There's a lot of pride in Bath County," Davidson said.

But it's not just the rules of the game they learn by being a part of the team.

"More so than winning, we want them to learn the life lessons of honesty, respect, how to get along with not just your teammates, but even the people on the other side of the field or court or the players you're playing with on the golf course."

It helps that Bath County High School is around the corner from the Omni Homestead so these kids get access to one of the best golf course's in the state.

Tucked into the mountains, this is a school with an incredible view.

"It's gorgeous. It's just beautiful here," Melinda Hooker, the band director, said. "You know with all the nature, it's just a great place to raise a family."

And a family is exactly what the students here call themselves.

"We all know each other," senior, Gabrie Herscher said. "We pretty much grew up together so it's really fun to get to like have your friends for like 12 straight years."

She plays the snare drum and says she loves being the "heartbeat of the band."

"We're just the main feel of the band," she said.

Even thought the school is small, this band is impressive for it's size.

"We have really gone up in numbers quite a bit," Hooker said. "We do have 75 this year, but at our peak we've had about 93 when we had more kids in the school."

While about 70% of the student body is involved in some sort of extra curricular, nearly 40% are involved in the band.

"We're competing against schools that have 2,200 kids in them, who get to practice everyday," Hooker explained. "We can't do that because our kids are involved in sports."

And sports also need to practice after school every week so the band sometimes only meets once a week. However, many of the students don't mind their hectic schedules.

"I definitely like that it's so small because you can get involved in so many things," senior, Selena Wolfe said. "Like, I'm involved in three sports and band and I'm in beta so it really gives you a chance to get out there."

And balancing things in high school will prepare them for later on in life.

"I think that going into college, going into the workforce, they are going to have a balance that some other kids might not have because they've had to do that," Hooker said. "Because if they don't play everything and do everything, then we don't fill those teams."

And somehow all those kids managed to WDBJ7's FFE Mornin' Pep Rally into their schedules. They told us that this is one of three pep rallies they're having Friday as part of their homecoming festivities.

Then Friday night the Bath County Chargers will take on the Craig County Rockets. Go Chargers!