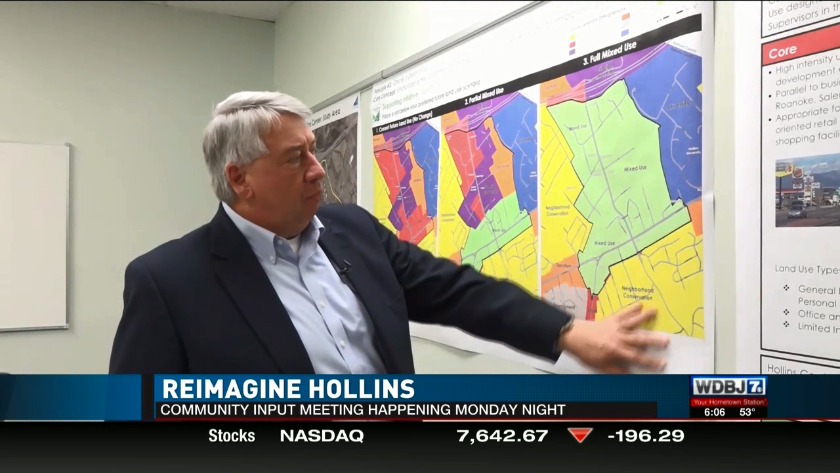 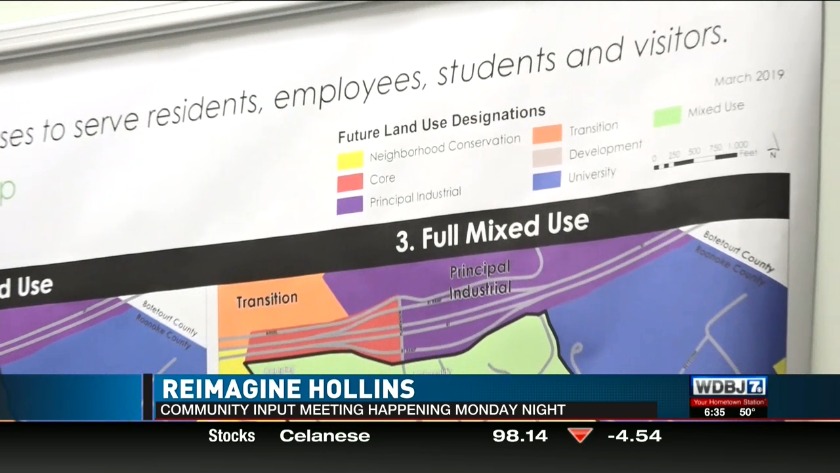 ROANOKE COUNTY, Va. (WDBJ) Roanoke County leaders are seeking the public's input on ways to improve Hollins in the next 20 years. Monday night there's an informational meeting where people can hear directly from the county about what projects are being proposed.

The overall plan is called Reimagine Hollins. It's Roanoke County leaders' 20-year building plan for the area. They're starting by looking at the first 10 years.

For the past year, people have shared what they wanted for Hollins, including sidewalks and greenways that connect neighborhoods, playgrounds and parks for kids and families, community gardens, landscaping, and street lights.

"They've given us input as what they would like to see as far as restaurants, more office or commercial retail in the area, as well as having a mixture of housing as well," Philip Thompson, the acting director of planning for Roanoke County, said.

There's also discussion about ways to improve the Hollins library and fire and rescue. These ideas have been organized into projects that need to be prioritized.

"What we're trying to do is show is here's a variety of projects you can weigh in on to try and set priorities on what's the next sidewalk project that's going to built or transportation project that will be built," he said.

Every project is going to be discussed Monday night at an open house.

"We want to get their input as far as what is the priority for the Hollins area and then try to develop a prioritized list of projects that we would focus on in the first 10 years."

The public will also be informed of future land use ideas.

Hollins has been divided up into three different categories. Thompson explains that these divisions include, core which is for high density commercial use; transition which is a buffer area used for offices and apartments. It's an middle zone between high density core areas and single family homes. Then mixed use could be a combination of commercial, industrial, and residential uses.

He said there are three possible scenarios to be presented to the public.

"One is, you just leave it as is. This is the do no harm, do nothing," he explained. "One shows more of the mixed use area around the Williamson Plantation intersection. And the other one is to just look at the whole thing and make it more of an entire mixed use area."

He added that there were several reasons why they're focusing their efforts on Hollins, including the it being a gateway to the county off of the interstate.

"It also has some areas for development and redevelopment that could happen," he said. "We've gotten a lot of funding for transportation projects. And with Hollins University there, it is the highest center for employment in the county so it just made a natural idea to go to Hollins."

The Reimagine Hollins meeting is today from 4-7 p.m. at the Hollins Library. It's an open house so come when you can and stay as long as you want. County leaders want you to review the vision and comment on the plan.

If you can't come to the meeting, you can view the plans and give comments online. You have until April 26 to share your thoughts. Then the county will put all the suggestions into one single comprehensive plan and present it to the board of supervisors later this summer.

The heat and humidity return for the middle of the week