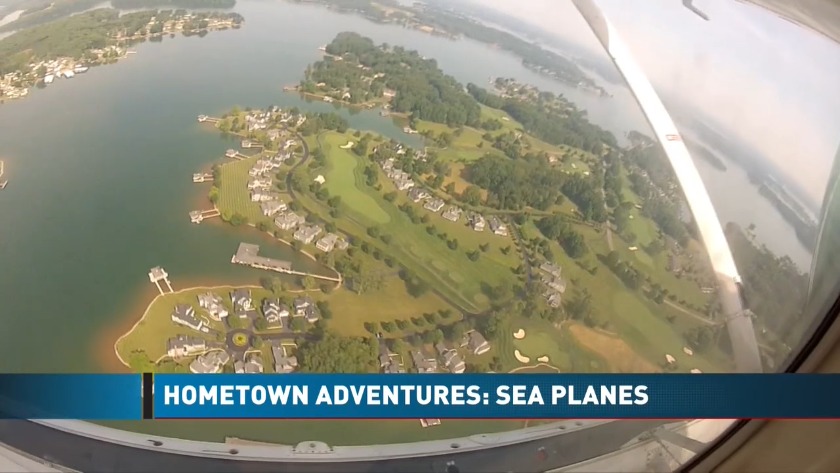 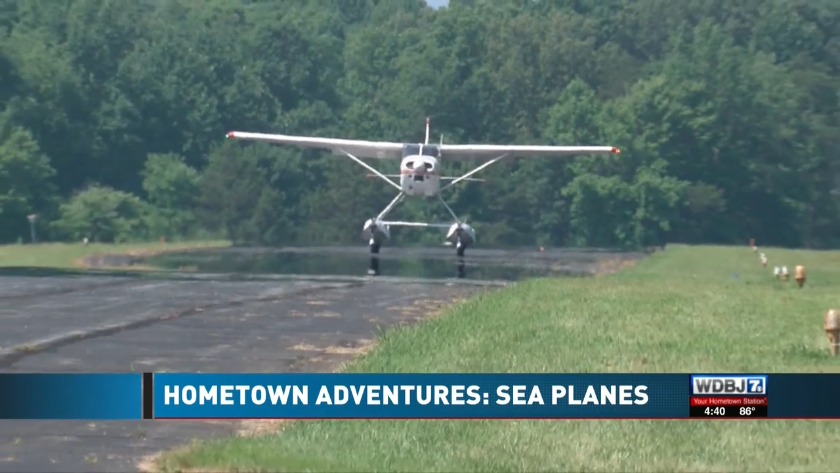 Jack Phillips goes through his checklist before takeoff from the Smith Mountain Lake Airport. But this is not like a flight most of us have taken on a big jet plane.

“This is a Cessna 180. It was built in 1975, and it was built as a land plane, and it was put on these amphibious floats,” said Jack Phillips. “And amphibious floats are kind of a special beast, they are very complicated because the landing gear has to retract up into floats. And they’re pretty expensive, I mean, the airplane is worth about 80-thousand dollars, the floats are worth about 100-thousand.”

And the floats are pretty vital to this plane because we’ll be landing on the lake.

Phillips has been flying since he was 16, but started flying the sea plane just a few years ago.

“Just fell in love with it. It’s the most fun you can have in an airplane.”

And just like that, the plane is in the air.

“Well it’s just cool to land on the water! But it’s easier to land typically on the water because anytime you’re landing on land, you have a definite runway length that you need to get the plane down and stopped. One a big lake like this, you don’t worry about runway length,” he said.

You just find a wide open spot, and land into the wind. And soon anyone can charter a ride on the sea plane.

“We’re getting set up at the Virginia Dare Marina to have a dock there where we can do sight-seeing rides right from the dock.”

Which is something he says is really appealing to people looking for that ultimate, unique summer experience.

If you’re interested in learning more about flying, becoming a pilot, or taking a flight in the sea plane, visit http://smlairport.com/ . Once they’re set up at the Virginia Dare Marina, they’ll offer sight-seeing flights for $150/20 minute ride, which includes at least one landing on the water.

Hometown Adventures: Why Knot Boat With Us

Hometown Adventures: Why Knot Boat With Us