Hurricane victims relying on each other to recover: "We made it through." 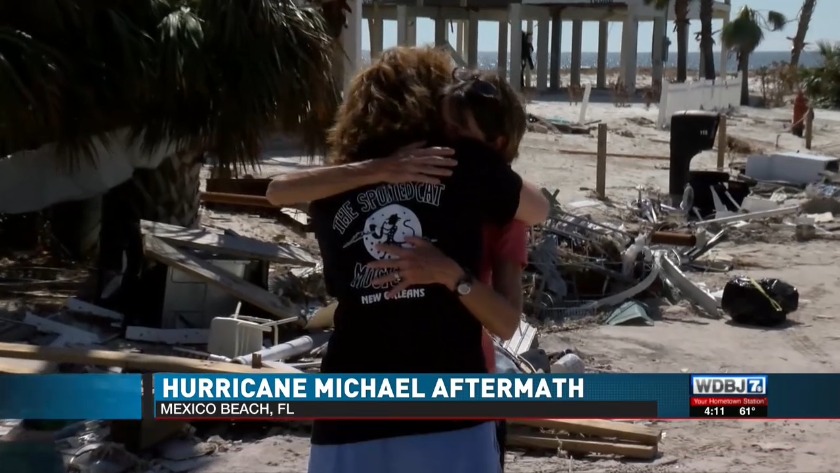 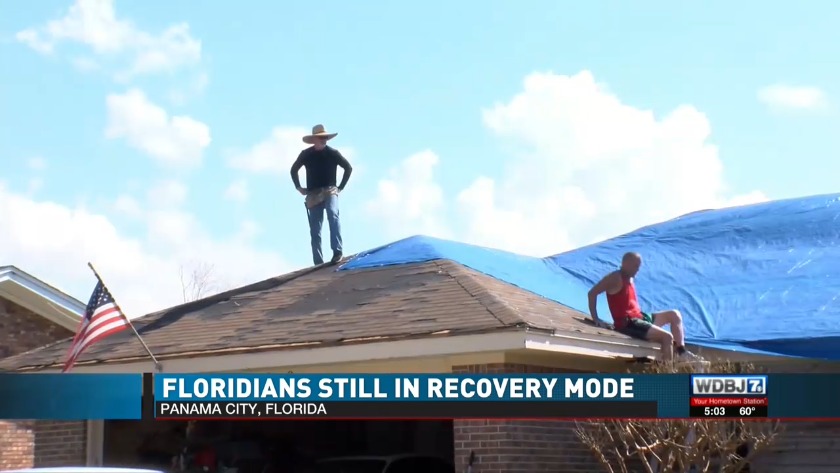 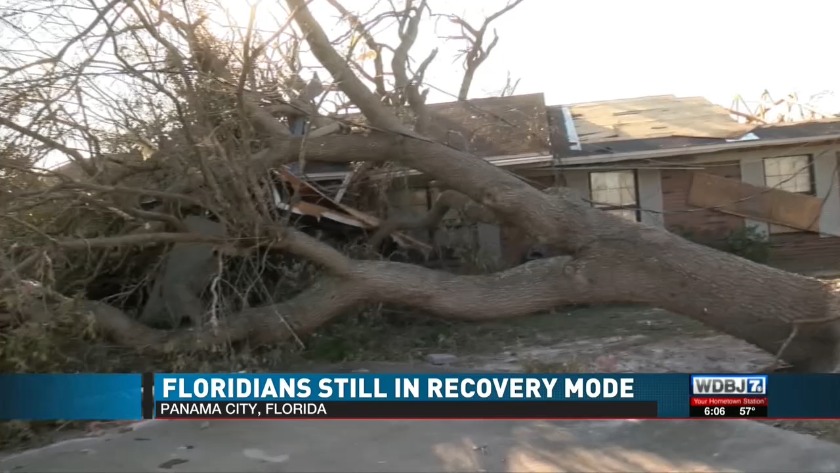 Picking up the pieces

PANAMA CITY, Fl. (WDBJ7) - People from Florida all the way up to our hometowns are still picking up after Hurricane Michael.

For some people recovery will take years.
We saw that destruction firsthand from Panama City, Florida.

"We just stood there and prayed to God that everything was gonna be good and we made it through," said Sally Martin.

Martin and her husband Bill live in the Callaway neighborhood of Panama City, Florida.

"It all gathered in the ceiling so it was just dripping onto the furniture," she said, pointing to the water damaged ceiling of their home.

They rode out the storm in a house full of people, cats and dogs, trying to hold their doors in place as the storm ravaged their neighborhood.

"Everybody just basically stood there and just went 'Oh My Lord, how did we survive this?' Martin said. "Because this is the thing you see on the weather channel that happens in other places, not the kind of thing that you ever expect to live in and have happen to yourself."

"I put this up here," said Martin's neighbor, Andre Goss, holding a two-by-four to his ceiling. "That's where the tree and I had to stick the swimming pool up there to keep the water from coming in."

For days, neighbors used Goss' pool water to flush their toilets.
He said during the storm he put his mother in law, wife and teenage daughter in a closet.

"I would come back in every now and then and check on them every four of five minutes," Goss explained. "My wife would say, 'What's going on whats going on?' And I'd say, "It's okay. Don't worry about it.' I didn't want them to know how bad it was."

While they wait on resources, this neighborhood is working to take care of each other. Now there are no fences and no barriers, between neighbors. There is just a unification among destruction.

"I don't care if you're poor, middle class, black white, Chinese," Goss said, "we're all in lines to get help from somebody."