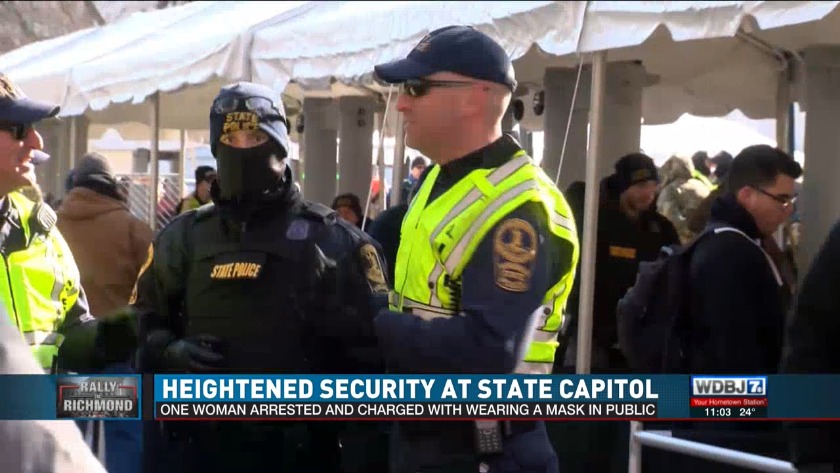 RICHMOND, Va. (WDBJ7) - Lobby Day in Virginia is a day when Virginians head to the state capital and tell their lawmakers what they think about all different issues. This year, the big topic was gun rights, with thousands and thousands of people headed to Richmond with a message: "Don't pass gun control legislation."

Security was tight at the state capital, with barricades blocking roads and police pretty much at every turn.

Attendee Curtis Boley said, "It's been pretty tight, but good, no problem."

People made it through metal detectors and onto the Capitol grounds.

Attendee Ben Wood said, "Probably took us about an hour to get through to Capitol Square. I thought it was real streamlined. You did have to take your coat off. They checked all your pockets."

Extra security was put in place after what the governor called credible threats prompted his order saying no weapons would be allowed in Capitol Square on Lobby Day, a move that prompted many to stay on the perimeter and not go through security.

Attendee Jason Carrier said, "No, I wouldn't do that because I'd have to be disarmed, and I'm not going to do that."

Many roads were blocked and police were stationed all around Capital Square. Many in the crowd reached out to thank police for their work.

Sue Wood said, "We appreciate the police here. Oh, they're here for security, for all of us, and we just want the Assembly to know that reasonable people disagree with what they're doing."