Lynchburg officer will not face charges for use of deadly force 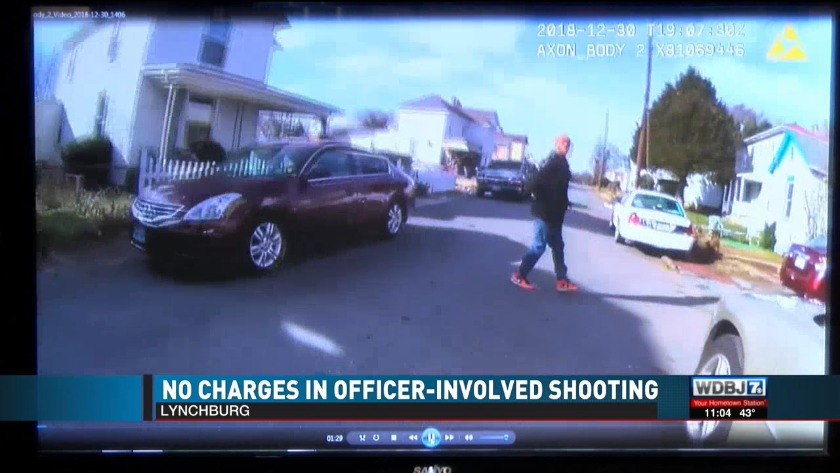 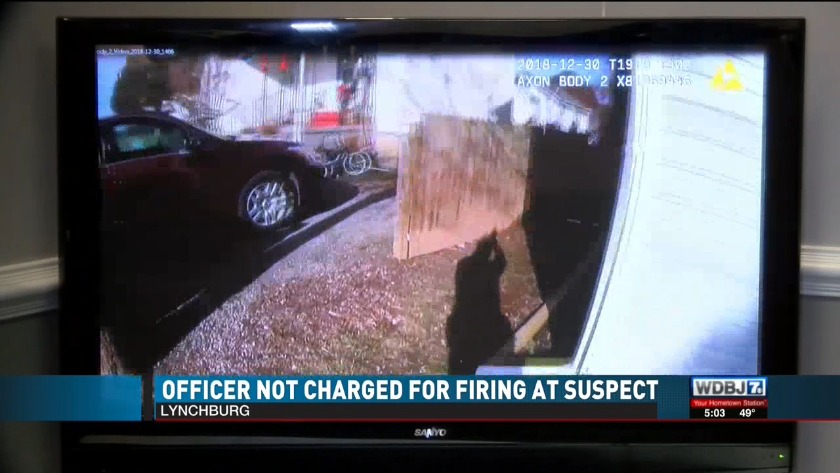 LYNCHBURG, Va. (WDBJ7) -- In Lynchburg, a police officer will not be facing charges in relation to a shooting that happened just before the new year.

After a month-long review the Commonwealth’s Attorney, Bethany Harrison, determined that Officer Michael Iazzi was justified when he fired his gun at a Lynchburg man Dec. 30th.

“Based upon the law and the evidence in this matter, it is my opinion that the officer was within his legal authority and was justified in the use of deadly force in this situation as it presented itself to him,” said Harrison in a press release Wednesday.

Officers were dispatched to the 700 block of Norwood Street at 2 p.m. for a violent trespasser. Iazzi was the first officer on scene and by the time he had arrived the call had changed to a fight in progress.

In the video, when Iazzi first arrives on scene a man tells him that someone has a gun, but it is not loaded.

The officer continues walking and sees two people in an apparent standoff situation.

According to Harrison, a man named Edgar Harvey was holding a gun pointed in the air. The other man, Malik J’Kwar Andrews, was holding a rifle on his shoulder. Iazzi told investigators that it appeared to him that Andrews was approaching Harvey.

Investigators later learned that Andrews is Harvey’s adult son. The two had a heated argument earlier in the day and Andrews’ parents asked him to leave the property. Harvey told investigators that he threatened the family before the incident.

Iazzi approached the two men and told them to drop their guns multiple times. Seconds later, Andrews turned towards the officer and swung the rifle in his direction.

Iazzi fired two shots, both did not hit Andrews. No one else fired their weapon and no one was injured by Iazzi’s shots. Andrews ran away from the scene, but officers arrested him blocks away about 20 minutes later.

“These events evolved over a period of seconds,” said Harrison.

Harrison reviewed the Virginia State Police report from the incident, witness interviews, officer interviews, body camera footage and legal precedent to determine that the use of deadly force did not merit criminal charges.

Harrison said that the officer was dealing with a tense situation and he was acting in defense of himself and others when he fired his gun.

“Given all of the other facts and circumstances surrounding the officer, his actions were reasonable in our opinion,” said Harrison.

According to the LPD, Iazzi has been taken off restrictive duty. The department’s internal investigation is ongoing.

“The events that transpired on Norwood St are a stark reminder of the split-second decisions that officers are faced with everyday,” said an LPD spokesperson in a press release Wednesday. “Routine incidents can quickly evolve into life-threatening situations.”

Andrews is charged with two counts of brandishing a firearm, grand larceny, and obstruction of justice and is being held at the Blue Ridge Regional Jail. He is scheduled to appear in Lynchburg General District Court on March 22nd.