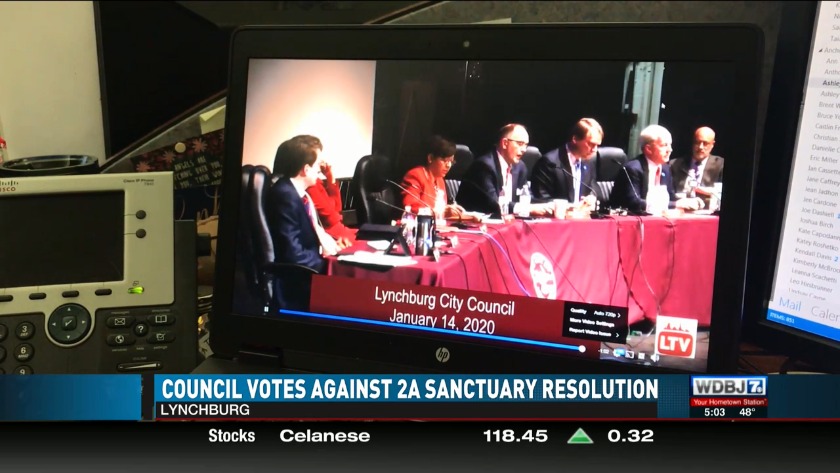 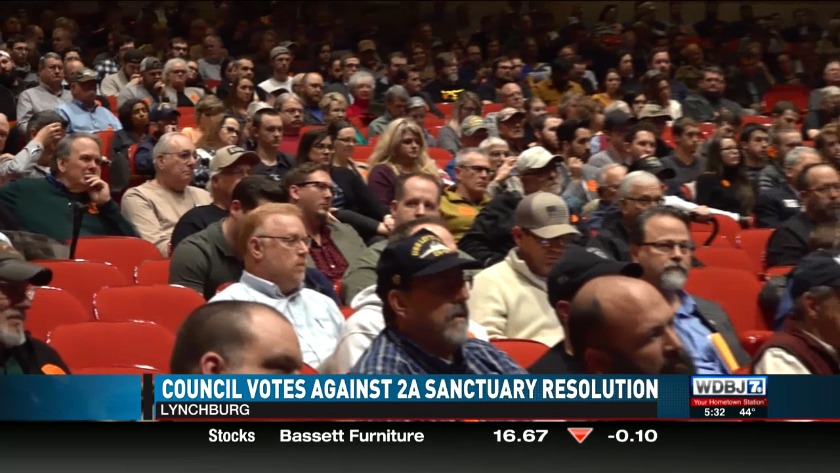 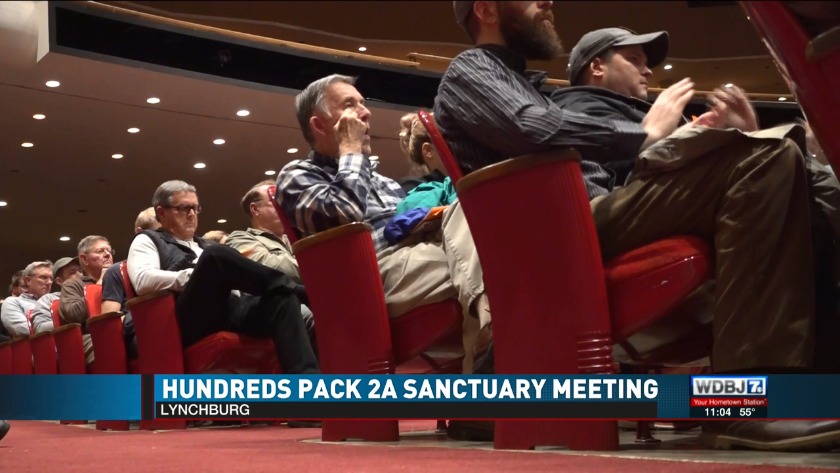 Council prepares to vote on 2A resolution

At the start of the meeting Tuesday night, more than 1,000 people packed inside E.C. Glass High School's auditorium.

Around 120 people signed up to speak in support and against the proposal.

Many in favor donned "Guns Save Lives" stickers as they spoke. "I urge you to stand up for our rights," said one woman.

"As an older brother and son who takes care of his parents, how are they to defend themselves when I'm not around?" questioned another supporter.

City resident Del. Wendell Walker also spoke in favor of the resolution. "If we lose our Second Amendment rights, then we know the First Amendment will be next," Walker said. "I fear we are on a slippery slope to tyranny."

"I need ya'll to support me and to help me," another said. "Ya'll represent me. I know we have different beliefs, but this is something we need to support."

Others voiced concerns of passing the resolution saying it would break with state legislation.

They urged council to let lawmakers in Richmond decide on the gun laws. "It is unfair to assume that all bills proposed in the General Assembly are unconstitutional and strictly against the everyday gun owner," explained one woman.

"The complexity of the issue has not changed, but the General Assembly in Richmond is the correct body to address these issues. Passing such a broad resolution with terrible language and uncalculated impacts is absolutely the wrong decision," another woman said.

The discussion, heated at times, forced Mayor Treney Tweedy to interrupt outbursts. "I'm asking you to respect those persons at the microphone," Tweedy said while banging a gavel to restore order.

The resolution, drafted by Council Member Jeff Helgeson, stated it would uphold the Second Amendment rights of city residents. It goes on to include restricting the city's public funds from upholding potential laws that are deemed to infringe on a citizen's rights.

The coldest air this winter moves in overnight