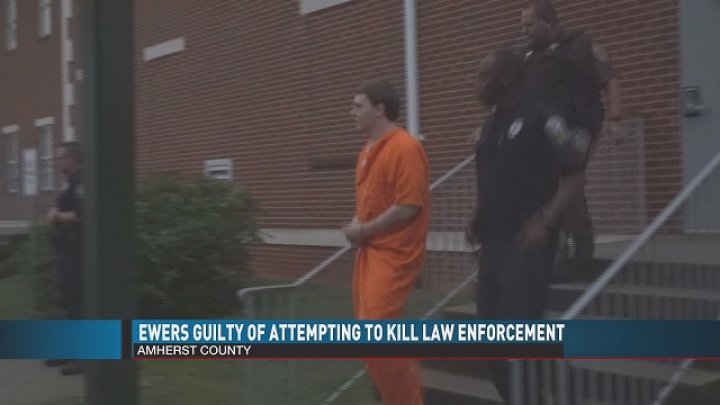 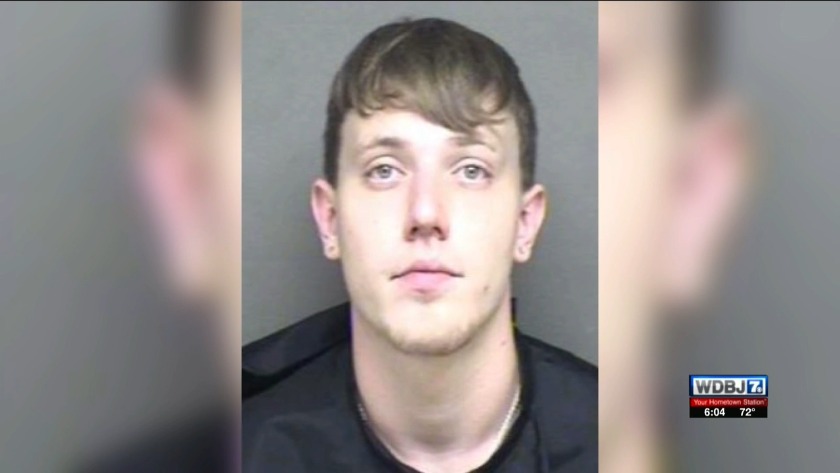 "I guess relief is the biggest feeling and just appreciation that the process works and justice was served," said Lyle Carver, Commonwealth's Attorney for Amherst County. "We feel good about it and happy for our victims that they can put it past it now."

The charges stem from what prosecutors say started as a "routine" traffic stop in September 2017.

According to testimony, Deputy Erin Karajankovich pulled a car over at the post office in the Monroe area of the county on a September Friday night. Lt. Jason Meador, her supervisor, was on scene for backup.

Ewers was riding as a passenger in the back seat of the vehicle. In body camera video played in court, jurors heard Ewers tell Meador he was intoxicated.

Ewers later took the stand, reinforcing the fact that he was intoxicated, consuming alcohol and illicit drugs. A friend of Ewers also testified he chose to drive because Ewers was drunk.

Karajankovich and Meador testified that as a part of the traffic stop, they asked Ewers to get out of the car for a pat-down to make sure he had no weapons. Both officers said when Ewers was outside the car he pointed a gun toward them.

Karajankovich can be heard screaming in the body camera video when she sees the weapon.

Meador said he put his hand on Ewers to prevent him from pointing the gun at anyone. A short struggle ensued and, jurors heard, several gunshots ring out in the video. Ewers fired three shots; one hit Meador in the head leaving him with a minor injury, but permanent damage.

Karajankovich said she fired her weapon when she saw blood coming from Meador's head. She struck Ewers, who was treated at a hospital for injuries as well.

Carver called the seconds when the shots were fired, "life-threatening chaos."

Ewers' defense team, however, argued he was not someone who was trying to kill a law enforcement officer that night. Matthew Pack, Ewers' attorney, said Ewers was too intoxicated to form intent and called the charges, "inflated."

"You can't have willful deliberate murder if you are greatly intoxicated," Pack argued to jurors.

Pack also argued Ewers was not trying to point the gun toward the officers; rather he was trying to hand his weapon to the officers.

"I am ecstatic that the jury reached the verdicts of guilty in everything. I'm not happy about none of this. Somebody's loved one is going to jail for a long time," said Sheriff E.W. Viar. "I'm thankful that none of our deputies got killed that night. I'm thankful Mr. Ewers did not die that night. I'm very thankful. He has parents, he has grandparents, he has family. It is a tough time for everybody."

Viar said it was very difficult and emotional to have to watch the officer's body-worn cameras from the shooting in court.

Deputy Karajankovich testified since the shooting, she has had to go for counseling and has attended conferences to help with the trauma she experienced. Karajankovich has been diagnosed with PTSD, depression and anxiety.

"The only thing that was going through my head was that I was going to die," said Karajankovich, in a tearful testimony. "It has definitely changed me as a person. I'm not at all who I used to be."

"I was thinking that my daughter could have grown up without a father. It is hard to believe it happened," she testified.

She went on to add her husband often has nightmares and wakes up in a panic.

"It ain't like TV. We don't shoot people every day and we don't have people shoot us every day," said Viar.

His grandmother said he was always a mild-mannered boy and she never saw a violent side of him. She said he was always a follower, not a leader, and added he had turned his life around in the last two years in jail, attending alcoholics anonymous meetings and counseling.

Carver asked the jury to consider Ewers' past convictions, including charges for drug possession.

Ewers' sentencing will be scheduled at a later date. Pack said he is planning to appeal the decision.

Clerk sprayed with paint during robbery, police searching for suspect

Clerk sprayed with paint during robbery, police searching for suspect