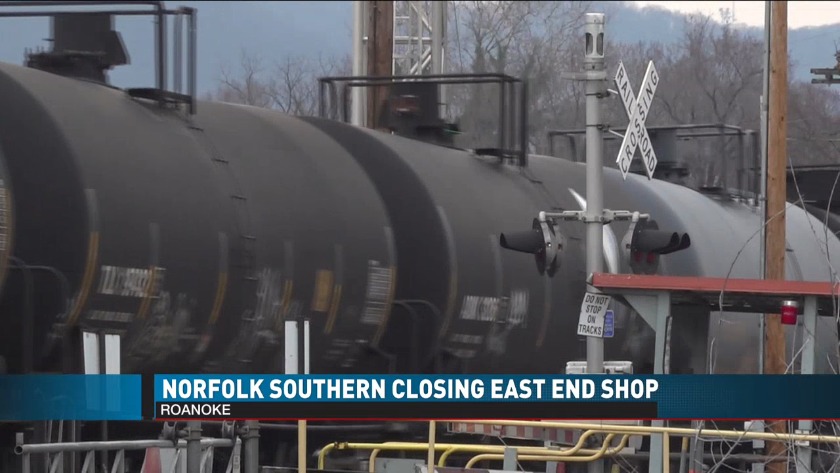 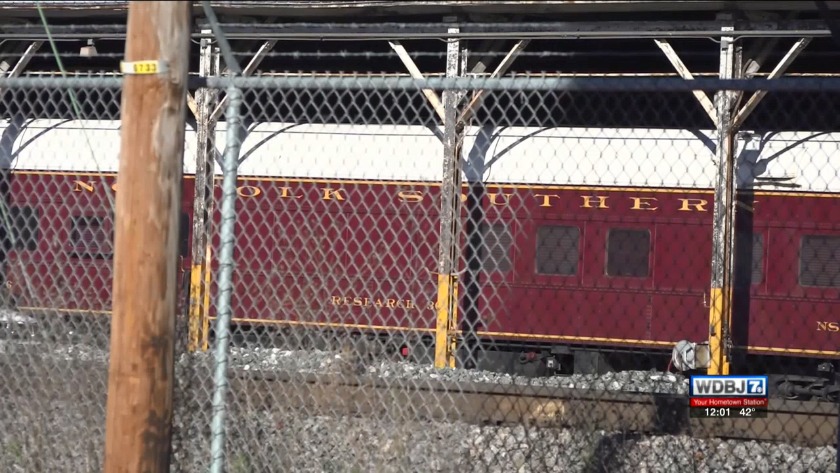 ROANOKE, Va. (WDBJ7)-- Dozens of jobs are leaving Roanoke after Norfolk Southern announced Tuesday it would be closing the city’s Distribution Center and Locomotive Shop.

“It’s a regional impact, and a hundred jobs might not seem like much but every job matters. And we hate to see anyone leave the area and go to another location,” Roanoke’s Economic Development Director Rob Ledger said.

The 85 mechanical workers affected will have the option to relocate to the company’s shop in Altoona, Pennsylvania. Meanwhile, the 19 clerical positions are being eliminated altogether.

“Although the news this morning was very disappointing, it wasn’t really that shocking it’s sort of like death by a thousand paper cuts,” Ledger said.

Norfolk Southern has been scaling back all of its operations.

The company said coal shipments have declined by nearly 50 percent in the last 12 years.

Local leaders believe the region could see more changes in the future.

“With Norfolk Southern we imagine this will be a continuing and ongoing saga as they cut costs and consolidate,” Ledger said.

The railroad will continue to employ about 650 people throughout the Roanoke Valley. The company also said furloughed employees have the opportunity to apply to available positions at Norfolk Southern.

Norfolk Southern has announced the closure of its Roanoke Distribution Center, and says work associated with its Roanoke Locomotive Shop (East End) will move to Altoona, Pennsylvania.

The plan is for employees at the Roanoke Distribution Center to continue working through about April 18, 2020, and those at the Roanoke Locomotive Shop will work until about May 18, 2020.

The company says all roughly 85 mechanical workers will be offered the opportunity to relocate to the Juniata Locomotive Shop and continue their employment with Norfolk Southern. Nineteen clerical positions are being eliminated.

The company says it will work with affected employees to provide relocation benefits to those who choose to relocate. Furloughed clerical employees will have the opportunity to apply for available positions elsewhere on the NS system.

This new round of changes comes in addition to 175 local furloughs in 2019 and 67 in January.

According to a company statement, "This difficult but necessary decision reflects the importance of ensuring the company maintains the right mix of people and facilities, in the right locations, to deliver exceptional customer service. This decision follows a 48% decline in coal tons shipped since 2008. Norfolk Southern also has seen a 22% reduction in our locomotive fleet since late 2018, reducing the volume of locomotive maintenance and repair required to operate safely."

The company says it will continue its presence and operations in Roanoke, employing more than 650 people in the Roanoke Valley.

Norfolk Southern says it experienced a 48% decline in coal tons shipped since 2008, and further declines are expected. Norfolk Southern also has seen a 22% reduction in its locomotive fleet since late 2018, reducing the volume of locomotive maintenance and repair required to operate safely.

According to a statement, "As NS continues to evaluate its operations and network, the company determined it could no longer support two separate heavy-repair locomotive facilities. Norfolk Southern determined that the most appropriate location on its network for its major locomotive facility is the Juniata Locomotive Shop in Altoona, Pennsylvania."

Stay with WDBJ7 for updates on this developing story.

Almost no lines at Roanoke Walmarts, despite new customer limits

Warm and unsettled the next few days

Almost no lines at Roanoke Walmarts, despite new customer limits