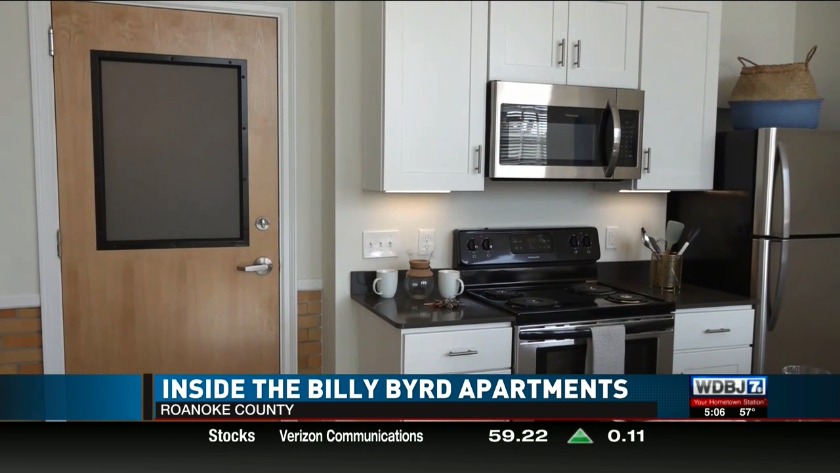 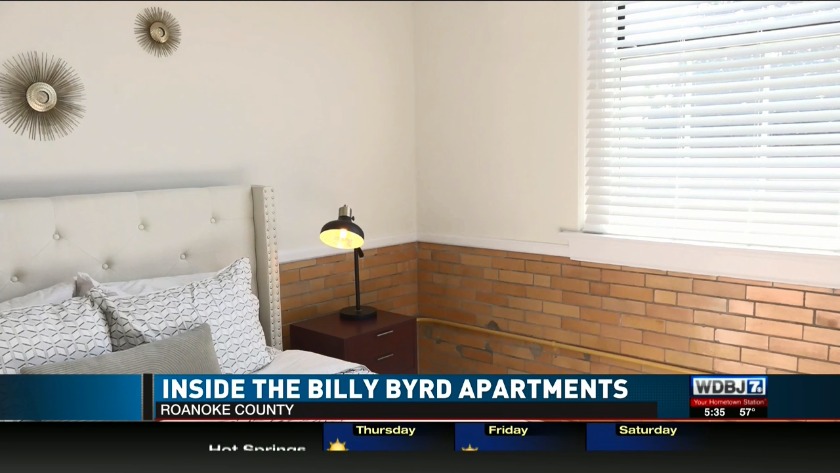 VINTON, Va. (WDBJ7) The old William Byrd High School is about to become the new Billy Byrd Apartments, but there have been some delays in its opening. Because it is a historic building, developers have to make sure they comply with all the historic preservation requirements.

In the last 5 months since WDBJ7 first took you inside the Billy Byrd, significant renovations have been made.

"This means a lot to the community," Jill Loope, the director of economic development in Roanoke County, said. "This building is special. It's important to the people who grew up here and went to school here. We wanted to preserve it, repurpose it for a really great use and that's what we have now."

It hasn't been an easy to task to finish the the construction since there were stringent standards to preserve the history of the building.

"That in and of itself requires them to do some very complex transitions in the building so that has taken a little longer than we had hoped for," Loope said.

However, maintaining characteristics of the old school adds to the charm of these 1- to 2-bedroom loft apartments. Many of the rooms still have the original chalkboards and bookshelves.

"It had old bleachers on both sides that just lined up," Loope said, describing what was the former gymnasium.

The floor of the gym has been so well preserved, some apartments even have shuffleboards for floorboards. Another apartment at the annex has kept barn doors for decor.

Built in 1932, the building has served the town of Vinton almost 90 years. Now with this purpose to become multi-family housing, county leaders say the new Billy Byrd will continue to serve the community for many more years to come.

"That will create new density in the town of Vinton," she said. "It will create new economic impact to the community and their core commercial district. So we want to strategically focus on repositioning this property for this use so it's a perfect situation. It's a win-win."

There are more than 80 apartments along these halls; 10 of which have already been leased.

"This project was about $12 million in redevelopment costs so it's a very expensive project and a multi-faced project so we're still working on other pieces of it," Loope said.

However, she did say the first floor of the main building is ready for residents to move in as early as next week.

"There will be additional construction activity on some of the surrounding areas, kind of just finishing touches on the building to make it ready for occupancy."

The annex of the school still needs flooring, plumbing, and appliances, and the former auditorium is still being renovated, but other than that, the Billy Byrd is ready for new tenants.

"This is a creative reuse of this space," Loope said. "The apartments are large. They're spacious. They have great views. The redevelopment has been really well done here."

Despite the work that still needs to be done, developers are optimistic that everything will be completely finished by the end of the year.

You'll be able to see what has been done so far at Thursday's ribbon cutting and open house at 2 p.m.