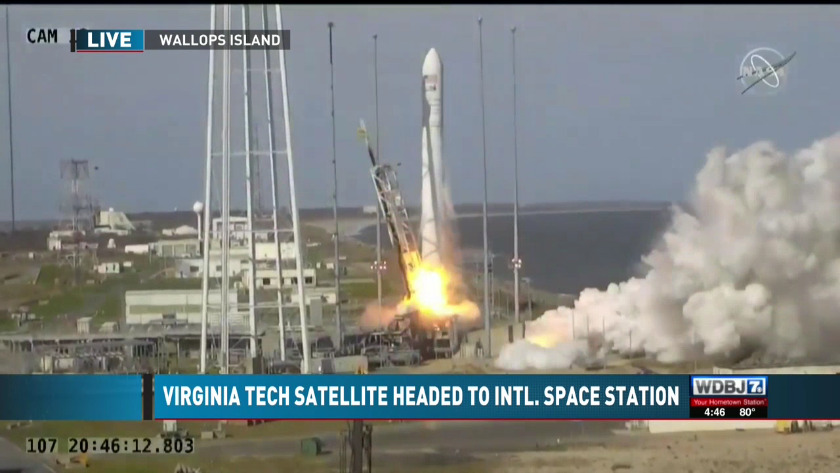 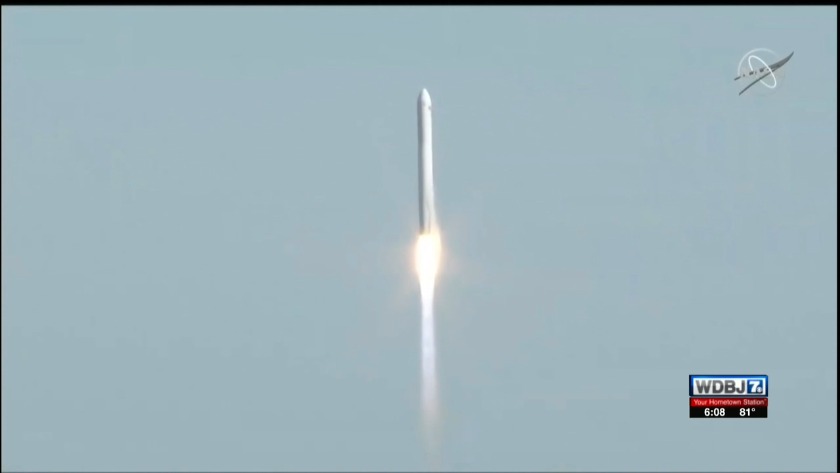 And students from southwestern Virginia were there to witness the launch.

Undergraduates from Virginia Tech created a small satellite that will be deployed during the mission.

The NASA Wallops Flight Facility has been launching rockets for more than 70 years, making the NASA facility one of the oldest and most prolific launch sites in the world.

Witnessing the latest were nine students from Bland County High School, including Hailey Tyeryar. She was attending her second launch

"Just to feel the vibrations and to see it and hear it break the sound barrier is going to be an amazing experience," Tyeryar told WDBJ7 a few hours before the launch.

"I know the kids are enjoying it," added teacher Ashley Sexton. "They're super excited about this opportunity. i hope we have more who want to do it in the coming years."

The Bland County group and students from several other high schools in far southwest Virginia are taking part in the Virginia Thinsat program, which allows them to conduct experiments with a small satellite capable of transmitting data from low earth orbit.

"I think it's also going to be a big motivation to keep focusing on our own projects, like our own low-elevation balloon launch," said Adjunct Professor Catherine Twyman, "and to get some of our experiments going."

60 Thinsats will be deployed and should remain in low earth orbit for five days.