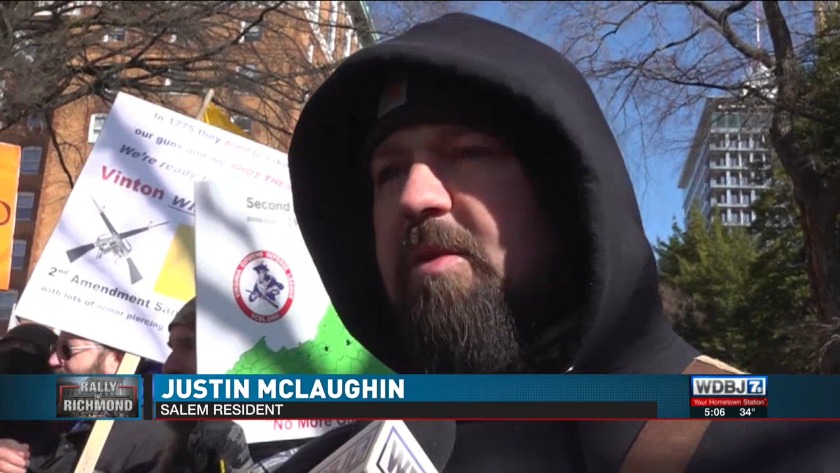 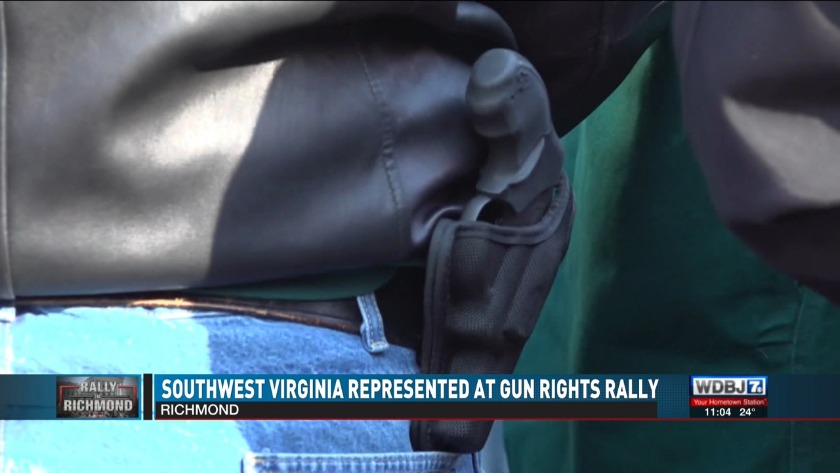 RICHMOND, Va. (WDBJ7) - Numbers released from the state of Virginia estimate 22,000 people attended Monday's gun rights rally during Lobby Day in Richmond at Capitol Square. About 6,000 people were in Capitol Square with another 16,000 outside the gates.

Southwest Virginia was well represented at the event. WDBJ7 met up with people from Vinton, Buchanan, Campbell County, Amherst County, Augusta, Roanoke City, Bedford and more, looking to make their voices heard, that they are not happy about Democratic gun control measures being proposed in this year's General Assembly.

Cary Santure from Norfolk said, “It’s important to be here in person because it shows dedication beyond just sitting at home on a laptop,” and continued, “If they can take your rifles, they can take your cameras, your computers. There’s nothing they can’t take.”

Many we spoke with said they were slightly apprehensive about going, but felt better once they were a part of the crowd. Many chose not to enter Capitol grounds, saying they felt it was important to be among the thousands in the streets.

Allen Stewart from Buchanan was among the many bused to Richmond from Roanoke, saying, "They need to work on solving crime problems and leave gun owners alone, honest gun owners. And that’s what we are.”

Some people were selling merchandise related to President Trump and the Second Amendment, such as shirts, blankets and hats.

Many attendees were outfitted in militia-type gear, with camouflage, hats and guns. Several people had knives on their hips.

Trucks from Virginia Department of Transportation were used to block streets, and there were police officers on bicycles to ensure safety.

Eric Routon was there from Campbell County with a group of friends, brother and cousins from various counties.

“There’s been a lot of, basically, propaganda going around from the Governor’s mansion about how it’s gonna be a violent demonstration. You can see he’s cordoned off the entire capital grounds. And I’ve met nothing but great people out here. People helping each other out with gear, talking about things, it’s been a very friendly environment. Very welcoming environment. No sign of any violence at all. There’s guys out here on full kit, they’re just demonstrating to the governor that they have the capability and the willingness to stand up for their second amendment rights.”