Talk of impeachment now on hold in Richmond 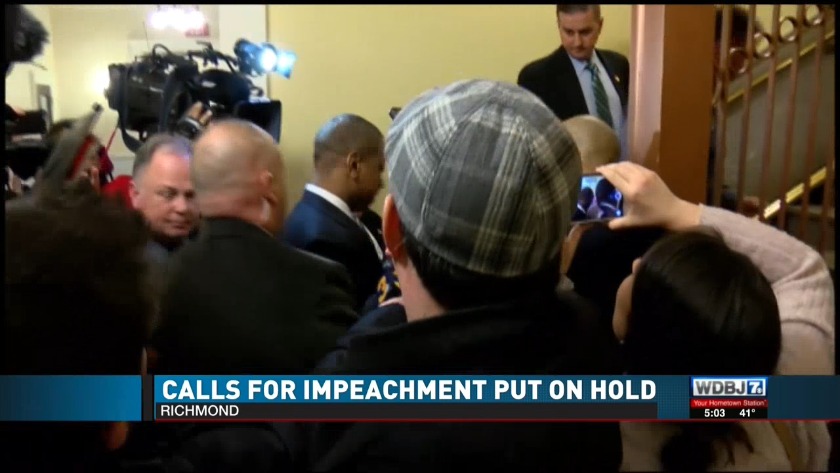 Calls for impeachment put on hold 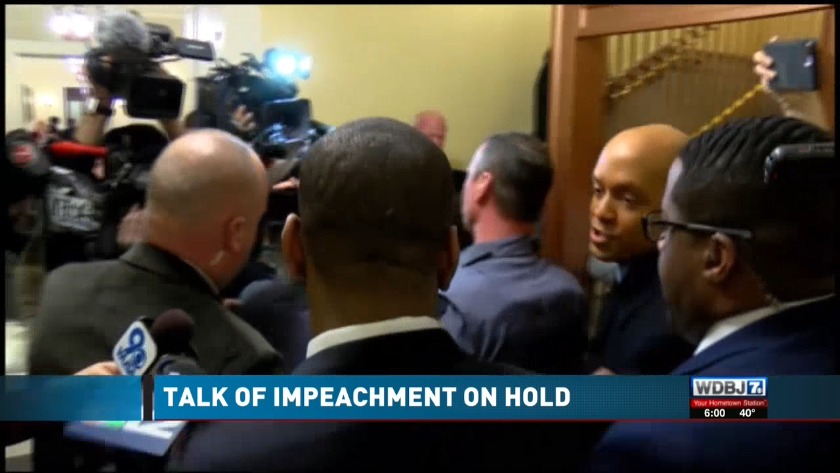 Chaos at the Capitol

A northern Virginia delegate who was planning to file articles of impeachment Monday, now says he will wait.

Delegate Patrick Hope is still calling for the Lieutenant Governor to resign, but after talking with other Democrats over the weekend he said it became clear that they needed more time to find the best process with the most support.

Lieutenant Governor Justin Fairfax found a crowd of photographers when he arrived at the State Capitol Monday morning, and no shortage of questions about the possibility of impeachment.

He made a brief statement repeating that he's called for an independent investigation.

"And I am still very confident in the truth," Fairfax told reporters. "Thank you all very much."

In a written statement, Hope (D-Arlington) said he's open to discussing other avenues that accomplish the same goals as the impeachment process.

"We must allow the victims to be heard in the most fair and just process possible," Hope wrote. "Any process must be open and transparent to the public."

The Republican Speaker of the House Kirk Cox appeared to agree.

"Well, we're in a very volatile situation right now," Cox said Monday morning. "I think we just need to be very thoughtful, complete our work. Impeachment is unprecedented, so just approaching that needs to be very deliberate and thoughtful."

Meanwhile, a group of African American leaders called a news conference on the steps of the State Capitol to support Governor Ralph Northam.

John Boyd is President of the National Black Farmers Association.

"I believe today that we need to give the Governor a second chance," Boyd said. "I believe that he is the right person to guide Virginia and bring us through this troubling time in history."