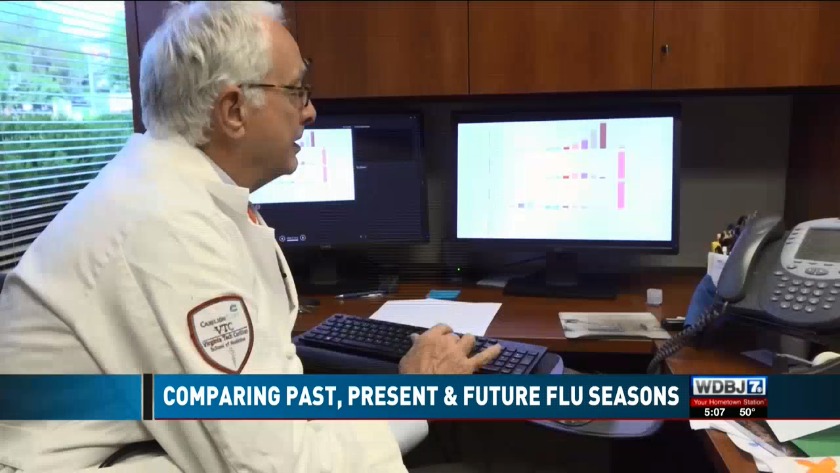 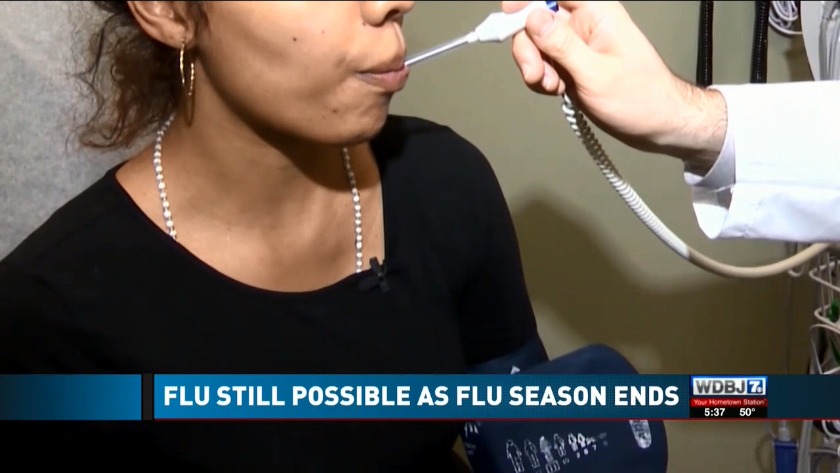 ROANOKE, Va. (WDBJ) Flu season, which the Center for Disease Control and Prevention defines as October 1-March 31, is coming to an end,

"We start seeing cases in general toward the latter part or middle of September," Kerkering said. "And we usually see them start to filter out in late April or early May. But we will have an isolated case in June or July."

According to Carlion's healthcare system throughout the state, this year's flu season got off to a late start compared to last year.

"So just by a few weeks last year's flu season was a little bit longer in duration," he said. "Here in the Roanoke area, we have Cave Spring with the most number of cases, and Salem."

Two weeks ago, Carilion reported 33 cases of the flu. According to the CDC, Virginia is one of 11 states still reporting widespread flu activity.

Locally, the number of cases from both last year and this year's flu seasons were high.

When asked why the rise in the last two years, Kerkering said it was hard to pinpoint a reason.

"That's why I'm in infectious diseases. I don't know. That's what the viruses do. And it's really interesting to try to figure that out."

Just because flu season is coming to an end, doesn't mean the flu has gone away completely.

"If you feel like you have the flu and you have the temperature and the muscle aches, don't hesitate. Go see the doctor and see.," Kerkering said.

Other symptoms of the flu include fatigue, cough, and runny or stuffy nose.

While doctors are looking at trends of the past, they're also preparing for next flu season.

"We can predict with a moderate degree of certainty what types of flu we'll see next year. We can't tell you how severe or how many cases we'll see," Kerkering said.

Smoking could be banned in certain parts of Elmwood Park

Smoking could be banned in certain parts of Elmwood Park