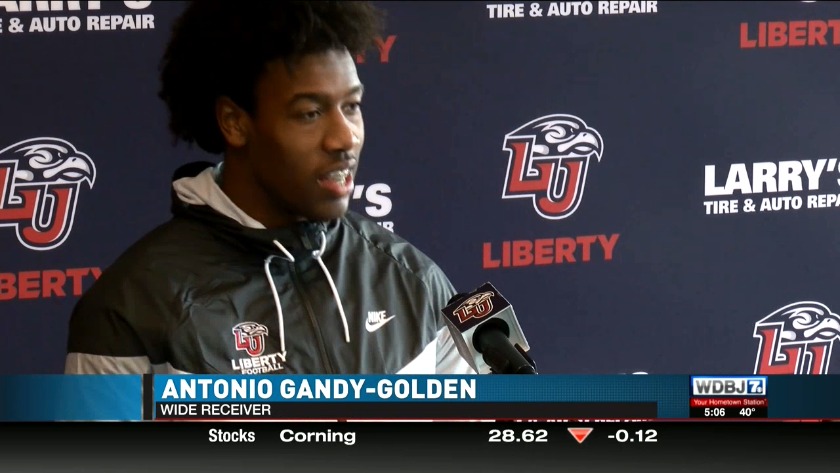 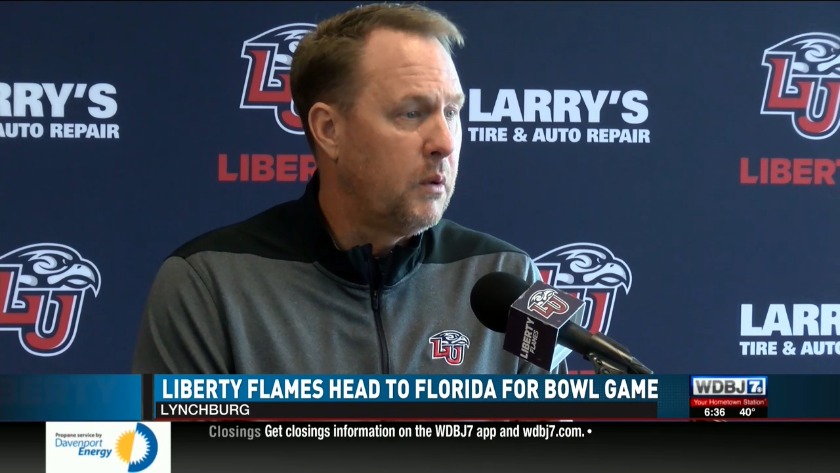 LYNCHBURG, Va. (WDBJ7) The Liberty Flames football team is preparing for a big weekend in Florida. Not only will its appearance at the Cure Bowl in Orlando be the team's first bowl game, it's also the first year it is even bowl-eligible.

It was a rocky start at the beginning of the 2019 season. Things weren't looking too hot for the Liberty Flames. During the first game of the season, they were shut out by Syracuse inside William Stadium, 24 to zero.

Even Head Coach Hugh Freeze started out the year coaching from a hospital bed. However, he said his personal journey has made this season all more special.

"If I were to sit around and think about what could have been," Freeze said during Monday's news conference, "I'm just grateful that I'm up and around and better and really for all the people that made it possible."

Over the next 11 games, it was a boomerang season including tough losses to Rutgers and BYU; and exhilarating wins over UMASS and Hampton.

"We take pride in being an explosive offense and creating explosive plays," Coach Freeze said. "I don't think you can score a lot of points in today's time without explosive plays."

And at the center of the action was senior quarterback Stephen "Buckshot" Calvert. He threw for 3,393 yards, 26 touchdowns, and only 5 interceptions.

"I just think that everybody on this team and the coaching staff just pushed me to make sure that I handled my business and I think that I did a pretty good job with that this year," Calvert said.

Flames wide receiver Antonio Gandy-Golden is ranked third in the country for receiving yards. As a senior, he's looking to turn pro next year.

"When I got to practice Saturday, I was just like, 'dang,"' Number 11, affectionately known as AGG, said. "I grabbed the guys all together and was like, 'I'm going to miss you guys.' I just said, 'group hug' because you know this is my last real week of practice with these guys so it's bittersweet you know. I'm glad I get to move on, but I'm definitely going to miss these guys."

The Flames needed seven wins this season to become a bowl-eligible. At the end of November the only team in their way was New Mexico State, but Flames went on to beat the Aggies 49-28 and celebrated a historic win in the Hill City.

"This place can be special," Coach Freeze said. "It is special, but the football piece can be special and it is in a lot of ways now. I don't think we've even scratched the surface of it really."

"You know for us, first time ever going to a bowl game, we definitely want to come out with a win," Calvert said. "That's just another chip on our shoulder that we haven't accomplished yet, but we're grinding really hard and working really hard to accomplish that."

The team flies out Tuesday afternoon and takes on Georgia Southern on Saturday, Dec. 21 at 2:30 p.m.